IndyMojo.com and G-9 Collective are proud to bring you this very special edition of your favorite bass night…..

The longest running D&B DJ in the USA and founder of Big Riddim Recordings, Dave AK1200, has been a driving force within Drum and Bass culture in America since its inception. From his legendary mix CD’s to his extensive list of high profile remixes and original tunes, he has maintained a presence within the industry for more than 20 years. For lack of a better term, AK is a “classically” trained DJ. He is known for his abrupt style of live mixing and spontaneously programming groups of tunes into unforgettably raw sets.

AK’s dedication and devotion to drum and bass culture in and for the USA are unparalleled. He is a constant voice for the scene, and has spent the majority of his career helping to develop and establish new or unsigned DnB artists, particularly American. In 2000, he united with his long time friends and biggest competition, Dieselboy and DJ Dara to create Planet of the Drums with the collective goal of bringing drum and bass music to the main stage in America. Alongside Messinian on the microphone, the Planet of the Drums crew has become the most recognizable brand in the history of American drum and bass music.

AK has also closely worked with American DnB’s most decorated and prolific producer, Gridlok. In 2008, they released the highly acclaimed Autopsy double album. Immediately following that, they came with “Dub 4 Dub”, a tune described by Goldie as one that “should have come out on Metalheadz”. Most recently, they have created the DNBSTRONG tour campaign. Originally a phrase coined by AK to describe the growing enthusiasm amongst like-minded artists and fans of homegrown DnB and the culture itself, DNBSTRONG became a statement for all to once again rise up collectively and bring attention to the music and scene they proudly represent.

As we enter the post-EDM era, and newer music forms begin to take root and grow steadily into their own legacy, DnB culture continues to lead the way as a benchmark of true underground music with great confidence. With continuously standard setting tunes to the die-hard fans, this music is quickly becoming the next target for the masses that seek the one true sound they can commit to. AK1200, with his explosive sets and constant cheerleading for the DnB community, continues to encourage and inspire new and old fans, DJ’s, and artists alike. His ability to bring momentum to every market he performs, and relentless promotion of the scene itself and by delivering the message that no one person is bigger than the scene united, AK1200 truly is leading by example. 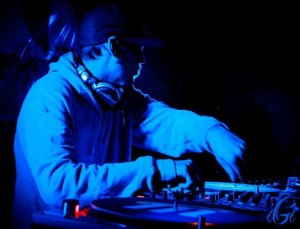 Thurzday, May 5th
The Mousetrap
5565 N. Keystone Ave
Indianapolis, IN