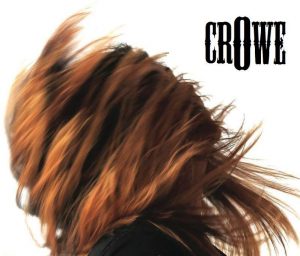 CROWE is an emerging DJ / producer hailing straight out of Louisville , Kentucky. “Derby City’s” very own grew up in the back seat of his mother’s Astro van. “Mama Crowe” allowed nothing but her favorite tracks coming from the Hard Rock and Metal genres to be played while on car rides and yet, surprisingly, this didn’t inhibit him from experiencing each and every type of music there is to be heard: Alternative Rock, Blues, Classical, Gospel, Jazz, Reggae, Soul, Opera. The list goes on and on. Eventually, wanting to be just like his older brother, he found passion in Rap and R&B. For over ten years, he slowly became the go to guy for the newest and hottest music to come out; always trolling artist pages and multiple websites for the bangers to keep the good vibes flowin’ and the party goin’ . One day, a fellow DJ / producer and best friend introduced him to Electronic music and an entirely different world was immediately opened up. The very next day, he travels to Breakaway Music Festival in Columbus , Ohio in 2013 and first-hand witnessed a way of life and love he formerly had not known existed. Seeing so many different genres compacted into one small time period, including the bass god himself Lorin “Bassnectar” Ashton, he discovered he was finally “home”. Immediately hooked, he began to immerse himself in this unfamiliar and alien, yet loving, passionate, and warm environment and has never looked back. Dubstep, Trap, Future R&B, Funk, Glitch-hop, Riddim, House, Hardstyle, Drum and Bass; it does NOT matter. CROWE is not going stick to anything. Music is amorphous, and as long as it sounds good, its getting played and played LOUD. Watch out for this brand new ball of fire because he’s ALWAYS hungry, and loves to bring his energy anywhere he goes.