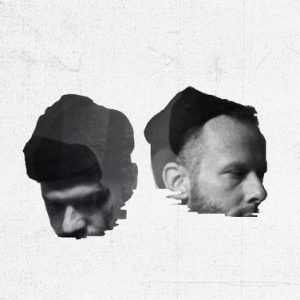 Vancouver Island duo Pigeon Hole first forged their name in the underground hip hop culture of the mid-2000’s. From there, the drive to experiment with new forms of production saw them splinter off from rap onto the fringes of the bass music scene. True to their roots, Pigeon Hole’s sound leans heavily on nostalgic reference to their early hip hop influences; establishing themselves at the forefront of Canada’s Bass music scene with their new approach to the genre.

Pigeon Hole (Lee Napthine and Colin McCue) got their start as members of west coast hip hop collective Sweatshop Union. Years on the road led into the summer of 2011, where the group toured the bass music festivals, and were exposed to a new array of genres and sounds. The decision was made to cut ties with Sweatshop Union and head back into the studio to redefine themselves excited by the many forms of electronic music they had been inspired by. The 2013 LP ‘Chimp Blood’, on Urbnet Records, was Pigeon Hole’s first dip into electronica and played to their strengths as lyricists and performers. The albums anthemic singles, ‘Champion’ and ‘Higher State’, brought a refreshing voice to the rap world, and introduced a group in the infant stages of discovering it’s new sound.

Recently, a series of quality singles and EP’s on home-base label Sleeveless Records saw Pigeon Hole pick up where they left off with their brand of broken hip hop bass tunes, and dabble in the newly coined ‘Halftime’ Drum & Bass sub-sect. The 2017 sticky-analog single ‘Headnod’ on Saturate Records, and the G-funk inspired ‘6 AM’ on Gravitas, got international playlist support from DJ’s and were rinsed throughout the summer. Pigeon Hole fuelled momentum by touring North American festivals, highlighted by prime time slot performances at Shambhala, SXSW, and Burning Man’s Camp Questionmark Stage.

Pigeon Hole won’t stop there. They begin the new year at the front of the pack in an emerging bass music landscape. One in which they have secured a position as both pioneers of the past and innovators of an ever more promising future.