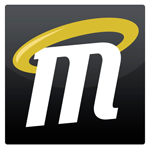 If we could only use one word to describe Brian Summers when he is on the decks, that word would be “HYPE”. This HYPE you can believe in because he will keep you jumping from start to finish! He has become one the freshest up and coming Dj’s to hit Indianapolis. With his BANGIN funky electro house style, blended with a touch of hiphop flavor, he gains new fans with every show. Brian is a very energetic Turntablist who loves to scratch and loves to scratch and interact with his crowd. He will grab your attention when the needle hits the record and hold it there until the show is over.
Ed Trauma – Dubstep/Glitch/Hip Hop

Ed Trauma, an Indianapolis based Future Music DJ and producer since 2000, affiliated with the G9 Collective, Heavy Gun and SCS, has recently released Purple Midwest on IQ Entertainment. Mixed a project with Freddie Bunz and Grey Granite, titled “Electric Kool-Aid Experiment,” that was released exclusively on Indymojo.com. Gaining much recognition for his style of shaking the dance floor across …the Midwest, Ed Trauma’s ADHD approach to quick mixes will keep any party moving, while leaving the audience craving more. Constantly editing and remixing tracks for his live shows, Ed Trauma continues to raise the bar for up and coming Dj’s.
Eurotrash (Glasgow, UK) – Progressive (House/Breaks/Trance)

A veteran of both the original UK and now US prog scene, Doug has witnessed 1st hand, the evolution of dance music over the years. After cutting his teeth in the US on the deep and talented Memphis house scene, Doug rides the spectrum of Progressive House/Breaks, and Tech Trance.
Gizzmo – Drum & Bass/Dubstep

After emerging from the comet that brought him to earth Gizzmo found a pair of turntables. Little did the people of Earth know that their world had changed. From that point on he proceeded to tackle any form of decent electronic music (i.e. NO TRANCE) and perfect the mixing of it. He can be found anywhere there are Subarus racing or Beats bumping. DO NOT get him wet and DO NOT feed him after midnight.
Hollow Point – Drum & Bass/dubstep

Hollow Point is making moves and rising through the ranks of Indianapolis’s elite bass-heavy DJs. His style makes sure to keep the audience moving with thick basslines and he always has something for everyone. Now teamed up with Indymojo/G-9, the sky’s the limit for this dancefloor-friendly DJ. Catch him every week on his online radio show, Wednesday nights at 9pm ET hosted by www.boost.fm
Jangatha – Jackin House
Aquasound/Pin Up/Molacacho/Guest House

After a decade behind the decks hitting up parties from coast to coast, Jangatha’s production has recently hit the underground house scene. He has released tunes on some of the best house labels, sharing the roster with countless veteran producers. Known for his crispy clean production, thick sound design, unique genre blending, and sharp funky shuffles, his tunes have also been getting rotation by some of the house greats, such as Dj Dan, Mark Farina, Johnny Fiasco, and Colette. With loads of remixes and original EP’s slated for digital & wax release this coming year, you will likely be hearing about him more and more for years to come.
Jeremy Daeger (aka That Guy) – Breaks/Hip Hop

For 10 years Jeremy has been tearing up the dance floors all over Indy. He found that mixing hip-hop with breakbeat really got people out of their seats and shaking their asses. Jeremy has played along side of DJ Icey, Baby Anne, and the Breakfastaz just to name a few. He is not one to leave the dance floor empty. Hard hitting, in your face, breaks with a smile.
jFet – Dubstep/Complextro/Moombahton
Kodama – Dubstep/Electro House

With nearly 10 years of DJ experience, Kodama’s musical preference has touched all spectrums of electronic music. Performing under a life-long nickname, Kodama embodies the exuberant and jovial tendencies of the mythical tree spirits he shares a title with. These characteristics, paired with a healthy dabbling in many sub-genres of electronic music, come together to produce an invigorating symphony of sound.
kyü-bik – Multi-genre EDM

kyü-bik has been passionately DJing for 6 years now and has no intentions of slowing down his ambitions anytime soon. His journey into the world of EDM music dives deep as he strives to dig endlessly for the most passionate and rhythmical music the circuit has to offer.
L810C – Electro-House/Breaks

L810C (Ryan White) has been rockin the underground party circuit for years and he’s ready to step up and indoctrinate Indianapolis with a little taste of his hard hitting electro breaks style, which includes heavy bass lines and catchy rhythms that make people get up and dance. Influenced by acts such as Stanton Warriors, Jackyl and Hyde, Prodigy, and Glitch Mob, Ryan is sure to bring something extra special to the stage.
Matt Allen – Electro Mash/Urban House

Hip house, urban house, electro mash….. Whatever you want to call it, when hip hop and rock is combined with the funk and energy of hard electro house, you know it’s Matt Allen. Expect to hear something you’ve heard before like you’ve never heard it before….
Neighbz – House

Originally a NY native, Renna brings the positive vibes through with a heavy focus on liquid, ragga, and soulful house vocals layered over drum and bass. He’s been part of the scene in both NYC and DC for over a decade. Expect a mix of lighter feel-good vocal tracks along with solid dancefloor smashers to keep things moving for you true heads out there.
Rudy Kizer – Pretty much everything

Coming of age in the Chicago area, Rudy was inspired by the legendary “Hot Mix 5” radio mixers. His seasoned ear for good music and years of eclectic programming experience informs his floor-moving mix of electro-house, breaks, dubstep, and drum-and-bass. Rudy has opened for Paul Van Dyk, DJ Dan, Bad Boy Bill, DJ Icey, and many others. Rudy is the host and producer of “Hit The Decks,” an alternative dance program on WRZX (X103), Sundays from 10 p.m. till 12 midnight.
Shy Guy Says – Ghettotech/Glitch Hop/Dubstep

SHY GUY SAYS is an electronic music producer and performer straight from the Mushroom Kingdom, an 8bit villain ready to destroy any party at any time and somehow leave his victims wanting more. His eclectic, yet upbeat and danceable sound can best be described as a mixture of Hip Hop, Glitch Hop, Electro, Down-tempo House, Drum Step, and Ghettotech. It’s know for its heavy rhythmic swagger, …yet at the same time can be lush and loaded with dirty synth bass sounds, warm ambiance, and 8-bit glitches. His upcoming first full length album “The Technolocaust” is a self written, engineered, produced, and personally distributed project. His upcoming mixtape “Level 2” will feature various outtakes from The Technolocaust sessions as well as new previously unreleased material. Stay tuned for announcements on tentative release dates in September of 2011. The man behind the mask, Jarrod Linne, currently collaborates and resides in Bloomington, Indiana.
Singularity (Memphis) – Progressive (House/Breaks/Trance)

A 10 year veteran of the deep and talented Memphis DJ pool. He supplies the dance floor with a steady stream of harmonically mixed progressive house and breaks tracks. His ability and enthusiasm with the evolving tools of the digital mixing world elevate him beyond mere DJ status.
Wes Clay – House/Techno

With an intense attention to detail and an elaborate library of electronic music and personal productions, Wesley Clay incorporates both the technical and collective sides of DJ culture. His collegiate background in audio engineering, MIDI programming/digital synthesis, and live sound reinforcement all contribute to his choice and selection within the studio and DJ booth. Wes exhibits an impenetrable style of mixing and blending within his performances which compliment his confidence behind the decks. His consistency and commitment endures to a degree of always impressing his audience and individuals alike.