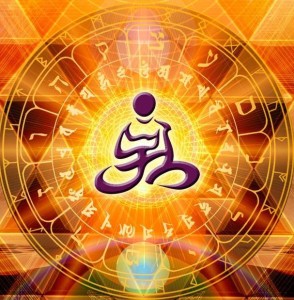 Desert Dwellers consists of Amani Friend and Treavor Moontribe, each of whom began their careers as independent music producers and DJs in the deserts of New Mexico and California. Coming together in the late 1990s after connecting through the Moontribe events in the deserts outside Los Angeles, today the duo enjoys a reputation as one of the most pioneering and prolific downtempo acts in the United States. Their collaborative power has resulted in numerous full-length albums, remix projects for other artists, and EPs for labels like Black Swan, Twisted, and their own label Desert Trax, among many others.

After the initial success of their “DownTemple Dub” series, the Desert Dwellers have spent the past three years at some of the most prominent international music festivals. In 2014, the pair embarked on a massive 7 week tour across the United States opening for world renowned Twisted Records artist Shpongle, then quickly followed up with a full summer of festivals including Boom (Portugal), Shambhala (Canada), Atmosphere (Israel), Burning Man, Coachella, and countless others across North America. They are currently finishing a new album called “The Great Mystery” which will be released in early 2015, and planning extensive touring through Australia, New Zealand, Costa Rica, Europe, North America, and Canada in 2015 to support that record and bring joy to dance floors across the globe.

Taking a new approach on digital production, Amani & Treavor have combined the raw sounds of the natural world while skillfully blended deep bass, earthy percussion, etheric voices and cross-cultural instrumentation into sonic incense for the mind and body. With this blend of sounds they provide listeners with a heightened sense of connection through their musical soundscapes. Desert Dwellers are one of the foremost influences in a genre that they have been “instrumental” in developing. Blending a variety of sources, their compositions form a heavily weaved set of sounds that have allowed them to establish themselves beyond their home base and around the world.

Bringing the electronic music vibe to the yoga scene, and the sounds of yoga to the electronic dance scene, Desert Dwellers’ global sounds are the bridge between the worlds of dance and movement. Joining solid groove with sounds of serenity, their signature aesthetic feels as natural on the dance floor as it does after hours or on the mat. Due in no small part to Desert Dwellers’ pioneering spirit, the borders of Downtempo music has expanded dramatically. These sound alchemists offer modern techniques that blend the edge of electronica with ancient sounds, offering a spellbinding hybrid with echoes of our past and future. The result has been the prolific production of genre blending dance tracks and chill-out grooves that make for truly memorable listening experiences.