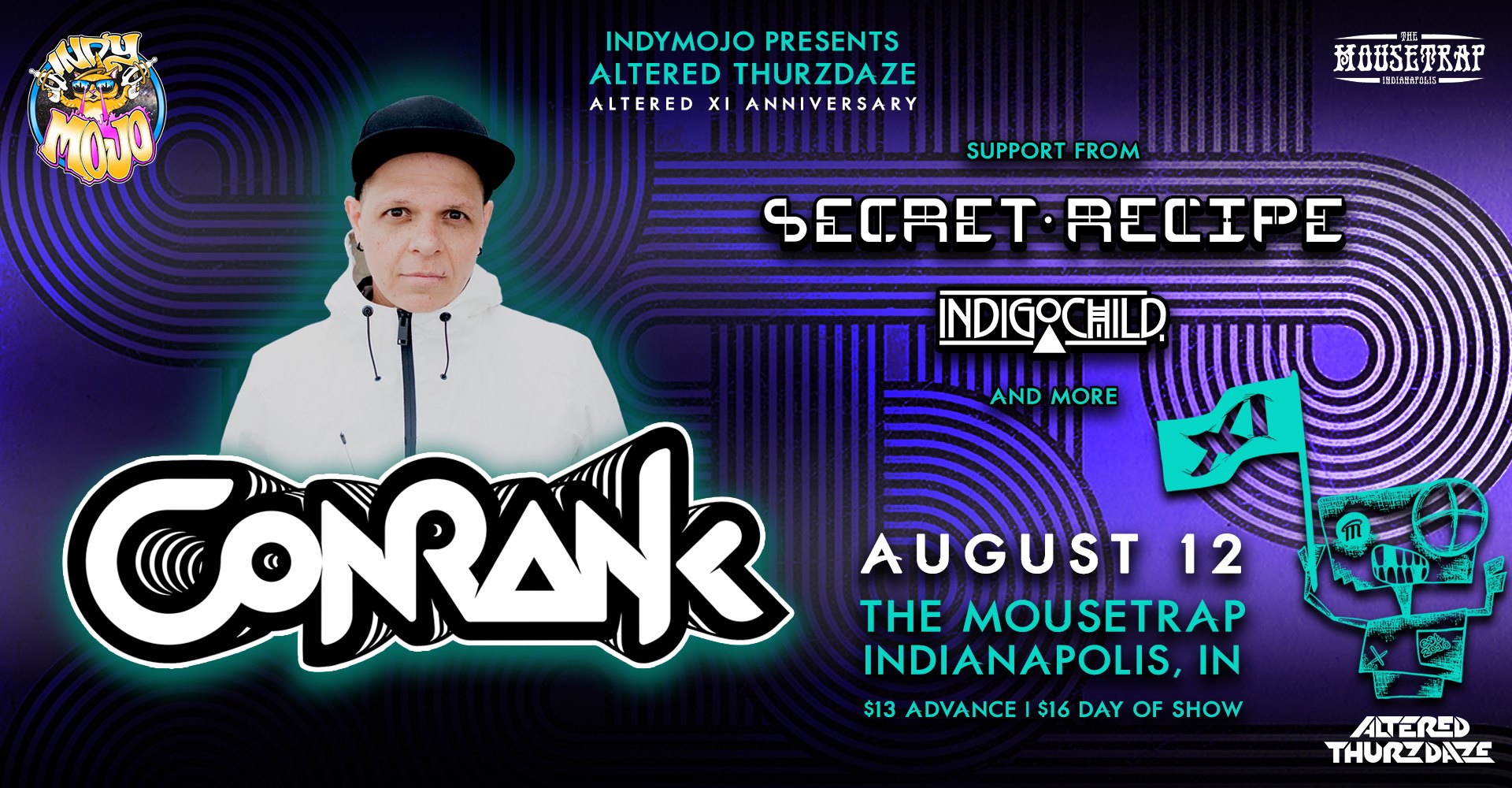 IndyMojo is proud to bring you your weekly dose of bass fueled mischief for an incredible 11 years and counting…..

ALTERED XI – A month long celebration of your favorite night of the week!
with special guests…. 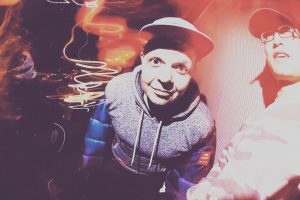 UK-born and bred DJ and producer Conrank has quickly established himself as one of bass music’s most innovative voices. After spending years as a globe-trotting musician, including an 8 year residency in Shanghai, Conrank settled into his new home base in Los Angeles, CA in early 2017. In just a few short years, Conrank has swiftly earned the reputation of tearing down any dancefloor he plays to, without exception; bringing his melodic yet frenetic brand of dubstep, grime, and drum n’ bass to stages all across the world.

Conrank cut his musical teeth initially as a beat-boxer in London during the creative peak of the UK grime & hip-hop scene. After touring Europe with neighborhood friend and fellow beat-boxer Killa Kela, Conrank switched gears to track production towards the end of the decade; finding his feet as an artist and writing music for commercial campaigns (Levi’s, etc). After spending years as a bedroom laptop producer he finally emerged as a full-fledged DJ in 2010 with his first live performance, wowing a crowd of thousands at London’s infamous ‘Secret Garden Party’.

Ever restless, Conrank relocated shortly thereafter to China, were he quickly gained a reputation as one of the most talented and hard working producers living in China. Building upon a series of strong releases, and smashing festival after festival stage, word about Conrank travelled back to the West, catching the ear of the legendary DJ Shadow. Shadow hand-selected Conrank for a release on his newly minted label, Liquid Amber, in 2016. 2016 also saw the release of official remixes for G Jones and Champagne Drip as well as original track collaborations with Bleep Bloop, Yheti, and DJ Shadow himself. Conrank’s releases on Saturate Records, Stylss, Sleeveless Records, and Wakaan benefitted from steady track support by renowned DJs like A-Trak, Gaslamp Killer, DJ Craze, Buku, and more. Conrank capped an already big 2016 with a performance alongside Skrillex, on the OWSLA-hosted “Boiler Room-Asia”, which garnered over 4 million streams worldwide.

The start of 2017 signaled a musical return to Conrank’s UK grime & bass roots and is already shaping up to be Conrank’s breakout year. His first single, “Future Forward”, described by Magnetic Magazine as “genre-defying” and “bringing dub, trap, and bass to a whole other dimension”, has already become his most streamed track-to-date. March 22nd saw the release of a 4-track EP for Bassrush Records, a label imprint of Insomniac Events (creators of EDC, Beyond Wonderland). Conrank will follow up the release with multiple releases on CIRCUS RECORDS throughout the year. 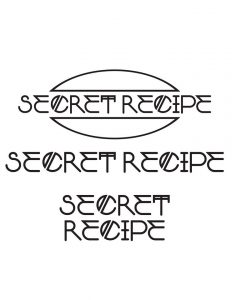 Benji Hannus AKA Secret Recipe is a resident and founder of one of the most talked about weekly’s in bass music, Oakland’s Wormhole Wednesday. In his production he blends together cosmic and sparkling melodies with squelchy, deep whomps. He has toured vast portions of the U.S. and has played a variety of noteworthy festivals such as Infrasound, Symbiosis, Stilldream, Emissions, Treefort, Pirate Party, Konnexion, Raindance, Lucidity, and more. 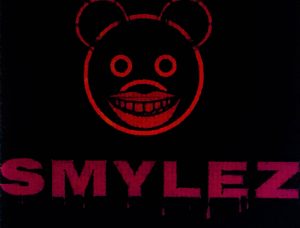