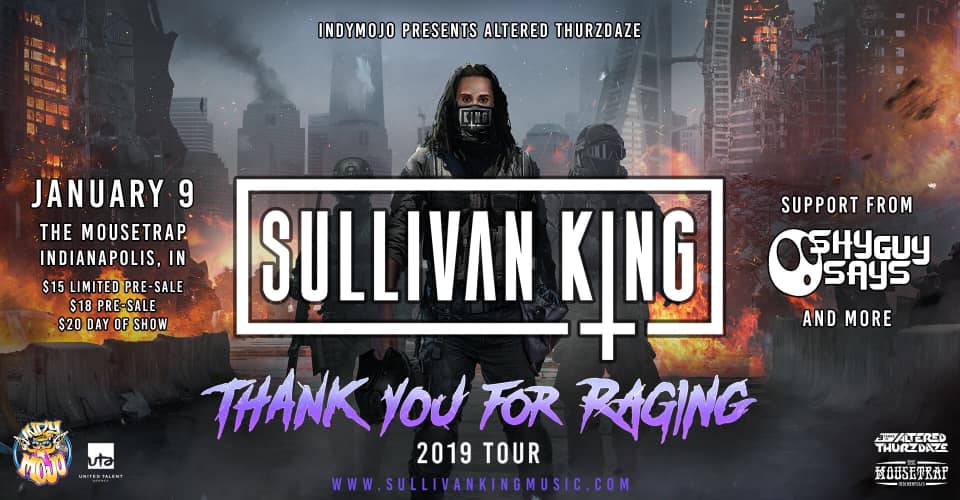 Tomorrow night’s Sullivan King show has been MOVED to The Vogue Theatre due to increasingly high ticket demand! You wanted a bigger show, and now you’re getting one!

FREE AFTER PARTY at The Mousetrap with a second set featuring yours truly!

TELL ALL YOUR FRIENDS!

Sullivan King at The Vogue