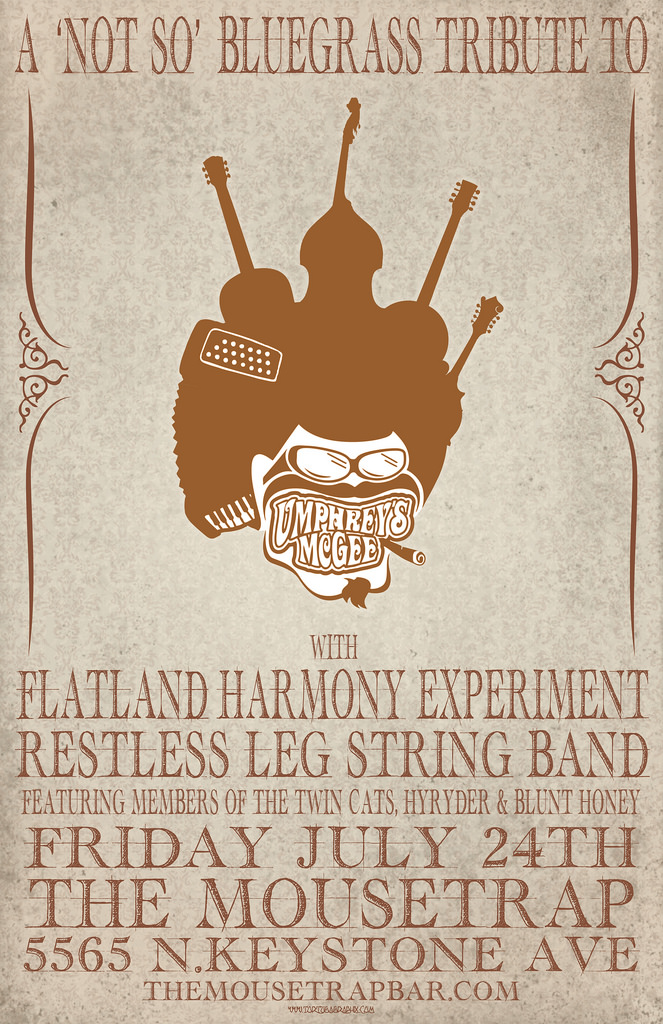 Joe & Casey have played in multiple projects together and started pickin’ acoustic on the street in downtown Lexington, Ky, in the late summer of 2013. During that time they were looking to start a new, local-bluegrass project. Meeting regularly, they began writing/collaborating and learning new/old songs. They took their acoustic instruments & pickin’ all around downtown Lexington at Thursday Night Live, as well as their weekly spot, the Wildcat Market on Columbia Ave. Located on University of Kentucky’s campus. Many other friends and musicians joined in, one being mandolin player, Alex Guagenti. Alex quickly formed a very friendly and very tight bond with Joe and Casey through their music. Restless Leg String Band was born into existence. Ishi joined after filling in during the summer months of 2014. He is a well known musician in & around Kentucky. He has been in touring acts such as; Bloodroots Barter, YoHo Buffalo, & The Ishi Wooton Experience.
Incorporating traditional bluegrass numbers, high-energy originals and a vast range of cover material, they started booking gigs and pickin’ and playing as much as possible. Quickly gaining a reputation for festivals and venues alike.