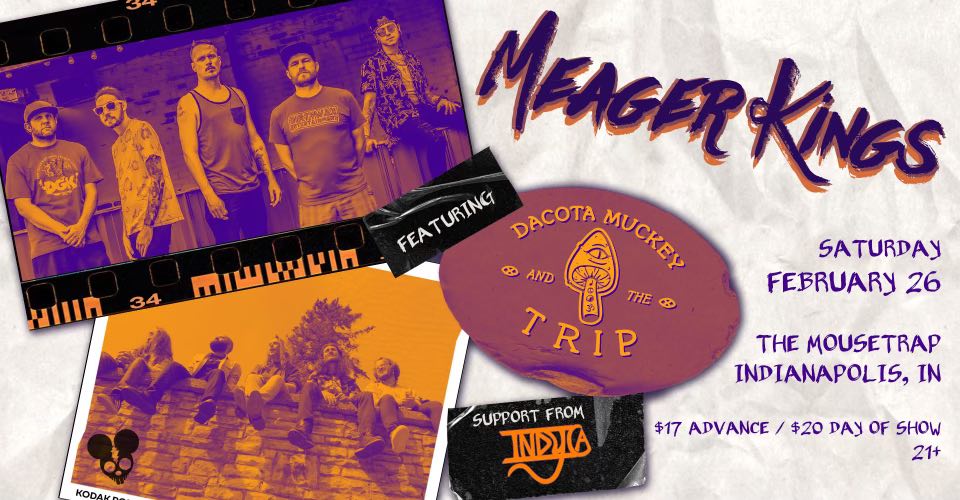 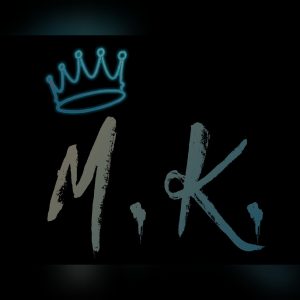 Punk, rock and pop have been a long time influence on known for acoustic songwriter Russ Baum. In mid 2016 Russ decided it was time to bring his music to a new platform and shake the acoustic stigma. The idea was shared with Chris Carrisales of Ohio based Dirty Wax Entertainment and from that point on a journey began. Two years of relentless recording attempts, touring and networking through the American punk/rock/reggae circuits took their vision and made it a reality. While on Le’Tour DeVore 3 [a punk rock/reggae fueled acoustic tour with some of the industries top artists] Howi Spangler [of Ballyhoo!] agreed to produce their debut album and in 2019 the dream became a reality for Russ and Chris. The musicians were assembled and Meager Kings were born. 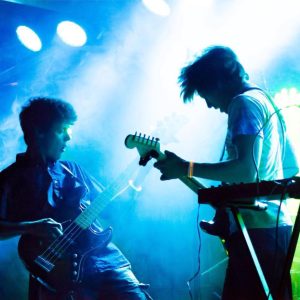 Dacota Muckey & The Trip is a 3 piece from Indianapolis that consists of Dacota Muckey, Jake Huxford, and Riley Huxford. 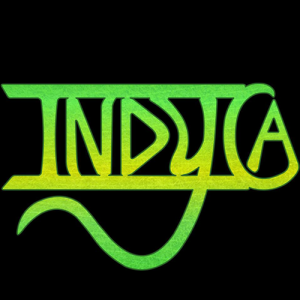 INDYCA is a high energy blend of feel good reggae vibes mixed with intricate rhythms that you can’t help but groove to! Formed in Indianapolis in 2013