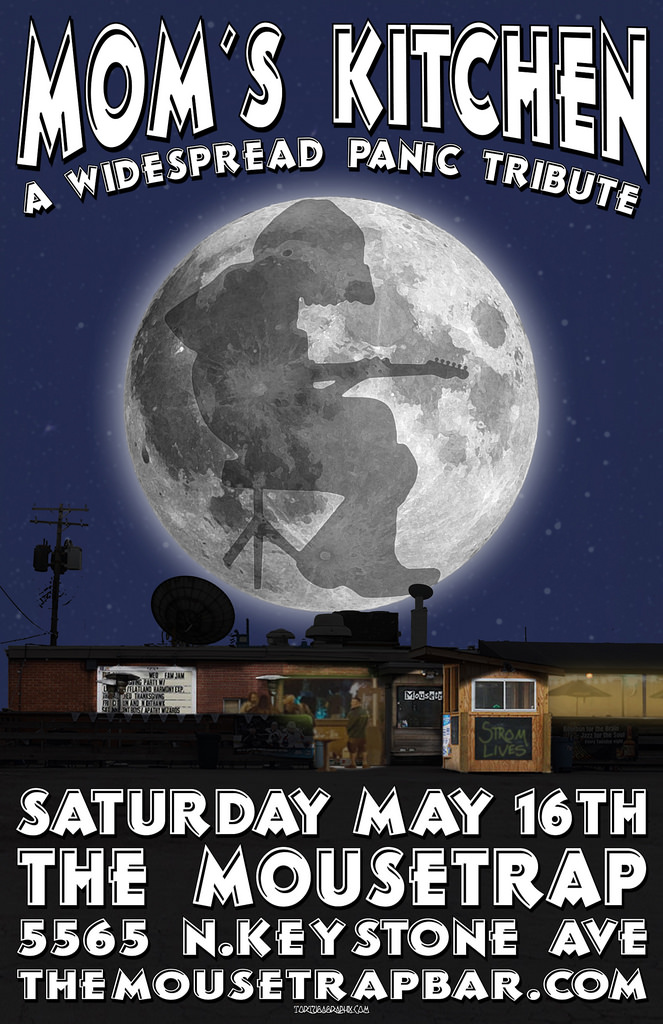 Mom’s Kitchen is the nation’s premier Widespread Panic tribute band. Formed in the winter of 2010 in St. Louis, MO the band built up their reputation early and often. Keeping true to Widespread Panic as much as possible they try to portray each song the way it was intended all the while exploring the vast amounts of space inside each melody to put their own mark on that signature sound. Night after night their set lists are never the same; it is truly an experience that can’t be explained.

“We listen, if it feels good we shake” ~WSP