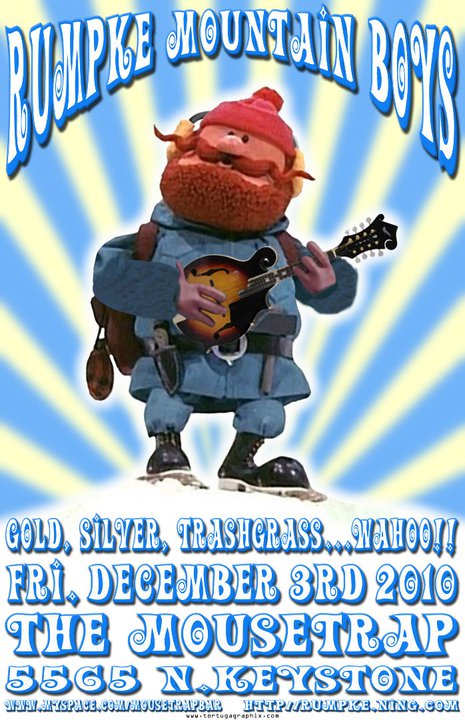 Founded in 2000 the Rumpke Mountain Boys have spent almost a decade developing their very unique style of Jamgrass. Their spontaneous live shows draw from an evergrowing list of originals mixed with songs from nearly every genre of music. Using bluegrass instruments the Rumpkes intertwine over a century of music, from traditional mountain music to Tom Waits, Jimmy Cliff, John Hartford, The Grateful Dead and everything in between. Based out of Cincinnati, the Rumpke Mountain Boys have appeared at Tall Stacks, Paddle Fest, River Town Breakdown, and many other local events. They have also performed at Hookaville, Terrapin Hills, and hosted Snugglefest, a two day music festival near Oxford, Ohio. Rumpke also headlined the OU Halloween party in Athens, to a receptive crowd of thousands of costume clad party goers. Their efforts have earned them mutltiple CEA(Cincinnati Entertainment Award) nominations and awards. Their first studio album, Family Perspective, is due out in January 2009.