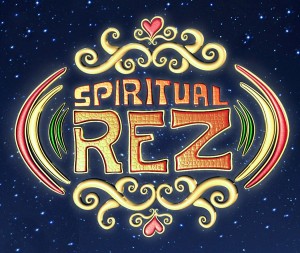 With their latest release, APOCALYPSE WHENEVER, Boston’s beloved reggae-rock funkateers Spiritual Rez deliver their most triumphant musical offering yet. Produced by lead singer Toft Willingham, co-produced by bassist Jesse Shaternick, and mastered by legendary engineer Howie Weinberg (Ramones, Beastie Boys, Prince, Red Hot Chili Peppers), the 14-track collection of infectious anthems is chock-full of rollicking guitar riffs, ocean-bathed melodies, swagger-centric basslines, crisp soaring horns, and ska-infused jam sections that have come to define Rez’s progressive signature sound. While their groove is primarily rooted in rock, reggae, and funk traditions, the septet draws stylistic influence from nearly every musical movement of the 20th century. Over the past 9 years, Rez has tirelessly toured the country ten times over, cemented their status as a consistent festival favorite, and honed their exhilarating live show into an incomparable, unabashed musical extravaganza. They have shared the stage with artistic visionaries including Toots and the Maytals, Rubblebucket, Gogol Bordello, the Dirty Heads, George Clinton and the Parliament Funkadelic, Jimmy Buffett, and Bernie Worrell. Evoking their personal power animals, they fearlessly forge into a bold new chapter of their epic musical journey and prepare to hit the road for a nationwide tour once more….

“A high energy performance that crowds inevitably find contagious…. A little Bob Marley, a little Toots and a lot of their own originality thrown in makes Spiritual Rez a one of a kind band to jam to. – NEW YORK METRO

“A soul-funk fusion that, besides being incredibly infectious, is just goddamn delightful.” – BOSTON DIG

“Boston’s Spiritual Rez have established themselves as not only one of the best reggae acts in town, but one of the overall best live shows, as well.” – BDC WIRE

“They have a raw energy that can’t be matched or stopped as their music flows on wave upon wave.” – UPSTATE LIVE