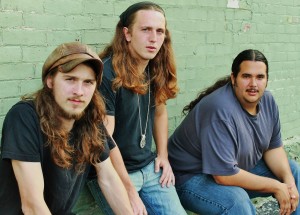 Glostik Willy is the life support for the rock & roll you thought was dead. The band formed in early 2008, and since then has grown to be a driving force in today’s scene bridging the gap between rock and jam and forming their own genre of music that can only be described as Hippy Metal. GW has done 500+ performances in more than 17 states and counting. The band has hosted 7 music festivals (May Daze, Stik Nite, Twig Nite, Willy Fest) and performed at over 35 festivals. Glostik Willy brings an energy like no other during live performances that gets crowds moving and grooving all night long. Currently the band is working on a new album that will feature the bands most recent musical workings while releasing a series of live albums. Glostik Willy continues to thrive on the road spreading their love for music to anyone with an open ear. If this group of in your face Hippy Metal addicts happen to stop by a city near you, be sure not to miss this amazing musical spectacle that the world knows as Glostik Willy.