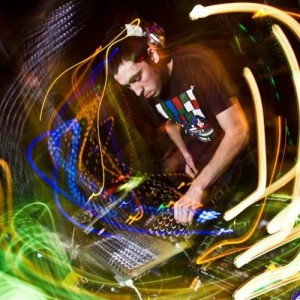 Mikey Klingman AKA Kid Nappa, formally known at dj Kleann has been working his way across the country rocking the dance floors of many clubs, venues, warehouses, performing with acts such as Figure, The Killabits, Startey, and Gangsta Fun, to name a few.

As a child Mikey was fascinated by the UNDERGROUND scene, he found interest in things such as Break Dancing, Graffiti /Urban Art, Skate Boarding, and practically anything creative or outside of the mainstream. His early music influences were Punk, Hardcore, Underground Hiphop, and similar genres. After expanding his musical perception as a young teen he explored other genres such as Indie Rock, Experimental, Dance, and eventually expanded to EDM. At the age of 14 he was enticed to enter the rave/underground dance scene and was exposed to artist such as Diesel Boy, Ak1200, Freaky Flow and many more. In fact the first big underground dance event was Flux at a dance hall across from the historical Madison Theater in Covington KY. During the show he was invited backstage for the headliners DnB/Jungle turntablist set (Freaky Flow). With that experience and the influence of a close friend who got his first set of turntables gifted from Indianapolis DJ Cool Hand Lex he started to DJ.

After Working his way around the Midwest, the excitement of rocking crowds started to manifest along with the excitement of reproducing tunes that create those unforgettable feelings within . Now combining his turntablist/controllerist influences, his production works, and his love for creative expression. He has currently found him himself always pushing to spread the love, excitement, and experience of music to the world hoping to change lives along the way.