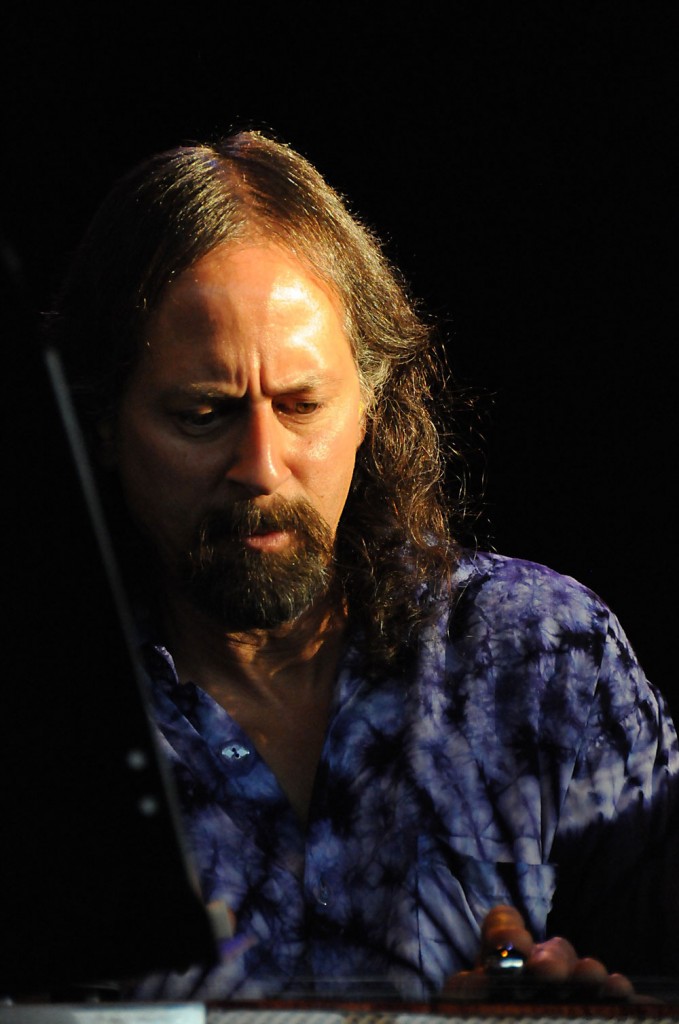 When it comes to playing western swing and boogie-woogie pedal steel, Barry Sless is unsurpassed. The accomplished musician hails from the Baltimore, Maryland area — an area rich with guitar slingers. The late Roy Buchanan and Danny Gatton come easily to mind, not to forget the twanging rockabilly Telecaster master Billy Kirchen. Barry can swing with the best of ’em – whether it’s soaring on a high pedal steel harmonic or doing some soulful playing on the guitar.

Barry Sless first heard the sound of a steel guitar while listening to Crosby, Stills & Nash’s “Teach Your Children.” “I didn’t even know until later that it was Jerry Garcia,” Sless recalled recently. Obviously Sless fell in love with the steel guitar’s passionate weepy sound, and in 1973 he took up playing pedal steel honing his skill while performing around the Chesapeake Bay area playing in various country-rock bands. Sless credits Rusty Young from Poco and Al Perkins from the Flying Burrito Brothers as early influences.

In the early 1980’s Sless was a member of the seminal western swing band Cowboy Jazz recording two highly acclaimed albums: “Swing Boogie,” and “That’s What We Like About The West,” both on the Rounder label. The Maryland band performed a unique and heady brand of western-swing music and toured nationally performing at clubs, roadhouses, and music festivals. It was while touring with Cowboy Jazz in Colorado in 1987 that Sless received a phone call from Matthew Kelly from the band Kingfish asking if he’d be interested in playing with the San Francisco band at an upcoming show celebrating the Harmonic Convergence in Telluride, Colorado. So Sless, and then Cowboy Jazz drummer Arthur Steinhorn, joined Matthew Kelly, Barry Flast, and Anna Rizzo for a new edition of Kingfish. “Matthew wanted somebody to round out the band after the tragic accident that killed David Merrill,” Sless somberly reflected. So began Sless’s tenure in one of San Francisco’s most beloved bands.

Barry continued to forge new musical partnerships performing and touring with Dead Ringers, an all star band featuring David Nelson from N.R.P.S., Tom Constanten from the Grateful Dead, and Barry Flast from Kingfish. The band toured extensively for two years eventually recording a CD on the Relix label.

In May of 1994, David Nelson formed the seminal David Nelson Band. Astutely writing a plethora of new songs celebrating his vintage in the Americana music vein, Nelson assembled a band that not only included Sless on guitar and pedal steel, but also featured Sless’ Baltimore musical partner Mookie Siegel on keyboards, former Cowboy Jazz drummer Arthur Steinhorn, and New Riders of the Purple Sage bassist Billy Laymon. The David Nelson Band’s three CD’s: “Limited Edition”, “Keeper of the Key”, and “Visions Under the Moon” on High Adventure Records celebrate Americana music at it’s finest and are well worth seeking out. David Nelson has sat in with J.C. Flyer on several occasions and remains one of my major musical influences. Mixing tunes, many co-written by Grateful Dead tunesmith Robert Hunter, the David Nelson Band digs deep into the fabric of traditional music – weaving a far reaching musical swatch that includes – sky-high bluegrass, barroom country music, and roadhouse boogie — like no other band —EVER! And Barry Sless is one of the major reasons for that. In 1999, David Nelson, Barry Sless, and Mookie Seigel convened with Dead bassist Phil Lesh, performing as Phil Lesh & Friends at San Francisco’s Warfield Theater in San Francisco.

When Barry is not touring with the David Nelson Band, he performs locally with Lorin Rowan, and the Chazz Cats, as well as touring nationally as a member of The Flying Other Brothers. FOB is another all-star band featuring Hot Tuna pianist Pete Sears, and former Kingfish drummer Jimmy Sanchez.