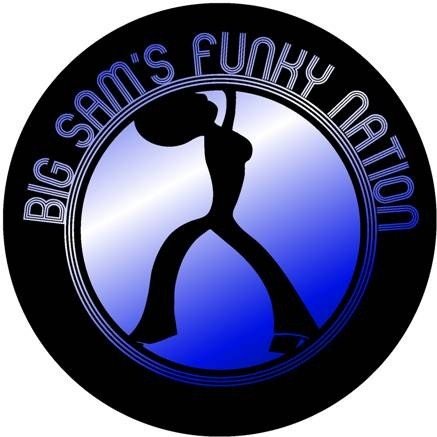 Big Sam’s Funky Nation has boldly established their presence at the forefront of the vibrant New Orleans music scene. Trombone powerhouse and band leader “Big Sam” Williams has been celebrated as “the top man on the slide trombone in the birthplace of jazz” by the San Francisco Chronicle and the band has been consistently touted for “bringing a straight raw party” by Jambase. 2010 has already been a busy year for The Nation, beginning with an East Coast tour, ten days touring Greece, a recurring role in the new HBO original series “Treme,” various appearances, including an official showcase, in Austin during South By Southwest, a very busy New Orleans Jazz & Heritage Festival and an eventful LEAF: Lake Eden Arts Festival. Big Sam’s Funky Nation was branded the “Hardest Working Band At Bonnaroo 2010” by the festival’s own publication, The Bonnaroo Beacon. .

the members of the Funky Nation, a group of well trained and experienced musicians with impressive credentials of their own meet the challenge of their band leader. The energy level is high voltage when BSFN takes the stage.