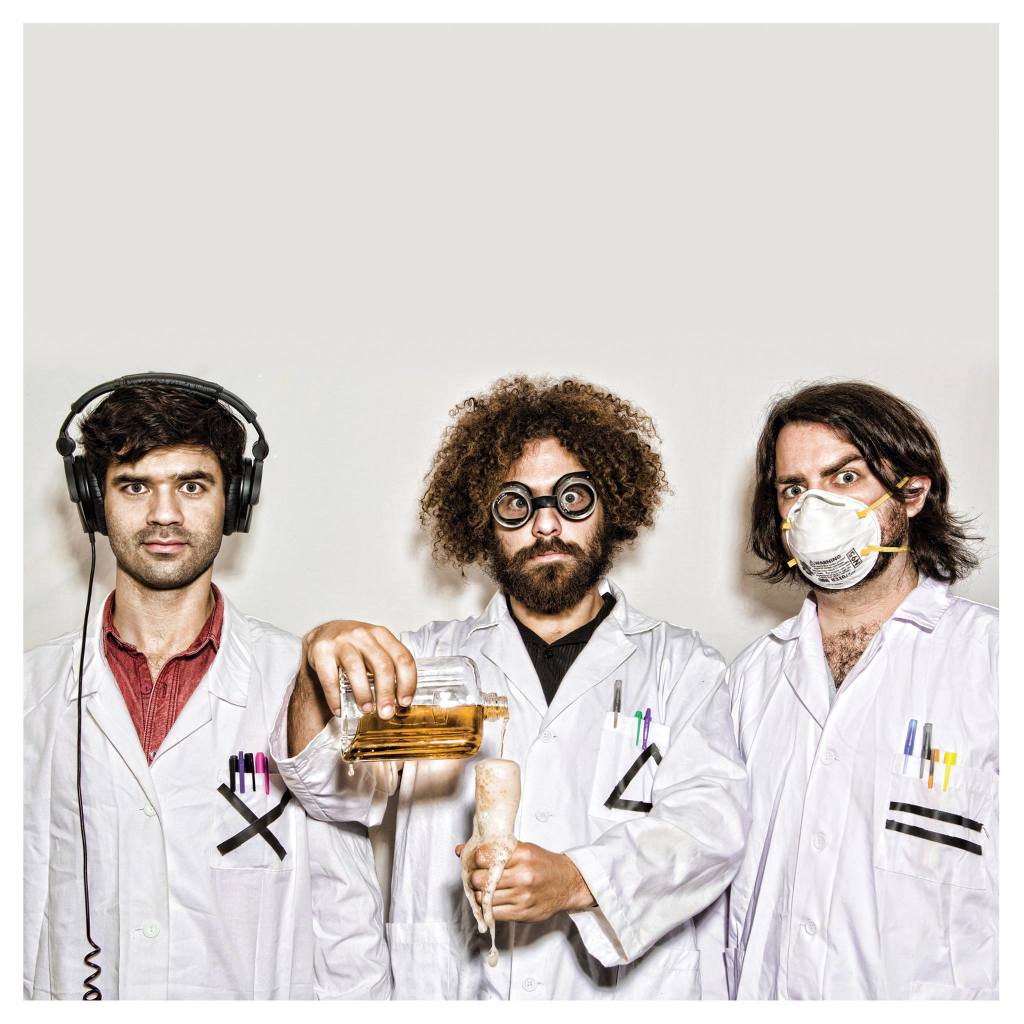 An amalgamation of heavy grooves, ambient dub, and otherworldly sounds, Elephant Wrecking Ball transports listeners into familiar yet uncharted musical territories. A tight and disciplined drum and bass combo provide a ground shaking foundation on which an effect-laden trombone applies layers of ethereal mayhem, spinning audiences into a state of submission and head-nodding satisfaction. The word “unique” understates what awaits when you float into the aggressively nurturing, deliberately cosmic soundscape created by this Boston-born trio.

Elephant Wrecking Ball is the brainchild of Scott Flynn and his desire to make a monophonic, trombone-driven trio sound as big and dynamic as any other power trio. One night in Boston, while attending the Berklee College of Music, he stumbled upon the performance of a wildly creative sax player using effects pedals, which spurred his interest in using effects on his trombone. He rounded up a handful of effects pedals and started Mother Vibration, a trio that composed and improvised around these new sounds.

After the band parted ways, Scott found powerhouse drum and bass duo Dan Africano and Neal Evans, who were blowing doors open with the bombastic blues rock group Cashed Fools. The pair had established an uncanny synchronization as a rhythm section, and seemed the perfect fit for what would evolve into Elephant Wrecking Ball.

The band first played together while living under the same roof in Allston, MA. At the time, Scott was touring regularly with reggae group John Brown’s Body, and Neal was touring with Dopapod, a Boston-born jam band. A wide variety of influences wove everything from heavy metal, punk rock, avant garde jazz and dub reggae into the band’s first works. The band wrote, rehearsed and performed as schedules allowed, growing steadily for three years, as Scott transitioned into a roll with Pretty Lights live band. After an 8-song demo record followed by full-length live record, Live Demolition, they released full-length studio album “Barren Serenade” on Ropeadope Records and are busier than ever.

Elephant Wrecking Ball couples a grounded sense of discipline and integrity with exuberant and joyful exploration, experimentation, passion and expression. They are dedicated to making music that is unlike any other, constantly striving for a memorable, new sound.