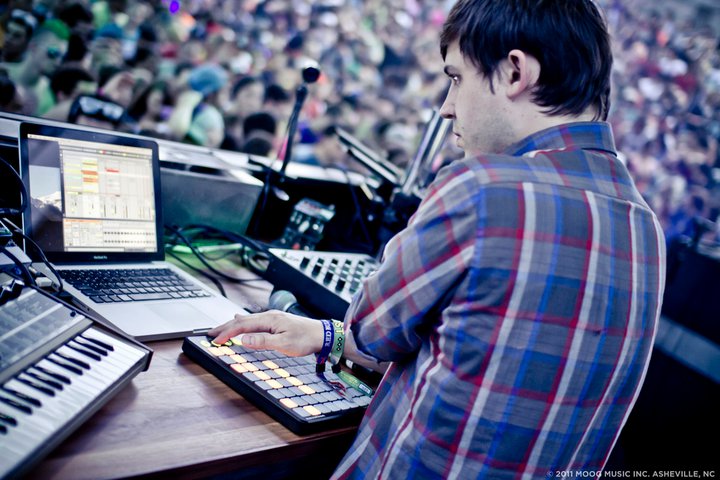 Eliot Lipp didn’t choose to become one of the most looked to artists in contemporary electronic music, but somehow, Lipp’s sound, one that uses vintage gear to create a unique take on Hip Hop and House, has quickly garnered the respect among the industry’s most influential musicians and producers as well as the deep admiration among audiences worldwide.

Since being discovered by Scott Herren (aka Prefuse 73) in the mid 2000’s, and releasing albums on the cutting edge labels Eastern Developments, Mush and Hefty as well as backing the hype with a relentless touring schedule of influential live shows all over the globe, Lipp has quickly become one of the barometers for the revival of electronic music in the States.

Originally hailing from Tacoma, WA, Lipp paid his dues in the underground scenes of almost every primary market in the US, Europe and Asia, including stints in Los Angeles, San Francisco and Chicago before dropping roots in the Brooklyn scene that has continued to produce some of the most recognized artists in contemporary indie and electronic music.

Lipp’s signature sound, a crossbreed of 90’s Hip Hop and House, 70’s Funk fusion as well as classic Electro, has and will continue to breakdown barriers and transpose trendy scenes. Whether programming Hip Hop beats, writing dirty basslines, collaborating with the likes of premier producers, DJs, MCs and musicians, examined by SPIN, URB, Pitchfork and other media or playing popping parties at clubs and festivals worldwide, Eliot Lipp will continue to do his part in revolutionizing electronic music.