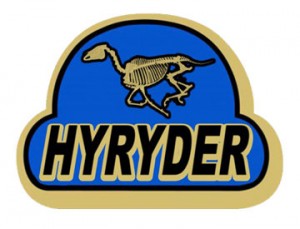 Hyryder strives musically to create an authentic Grateful Dead experience, paying close attention to detail. The band routinely performs “monster” 3 set shows, weaving in and out from one song to the next. While paying tribute to the original compositions, Hyryder indeed craft’s their own unique take on the music focusing on extended improvisational jamming. The band prides itself on its ever changing progressive jams and set lists that are unique to each particular show. Hyryder performs multiple night runs without ever repeating any material giving fans an intimately different experience each time they take the stage.

As one of Indianapolis’ best up and coming bands, Hyryder has amassed a dedicated fan base who pack venues throughout the Mid-West as well as throughout the country in key markets such as Denver, CO, Nashville, TN and Asheville, NC. The band has had the honor of “sharing the bill” with an All-Star lineup of artists including Keller Williams, Karl Denson’s Tiny Universe, Emmitt-Nershi Band featuring Bill Nershi (String Cheese Incident) and Drew Emmitt (Leftover Salmon), Tea Leaf Green, Dumpstaphunk (feat. Ivan Neville), Larry Keel, Trombone Shorty and Orleans Avenue, The New Mastersounds, Kyle Hollingsworth Band (String Cheese Incident), Cornmeal, Hot Buttered Rum, Papadosio and Cosby Sweater (feat. Joel Cummins of Umphrey’s McGee).