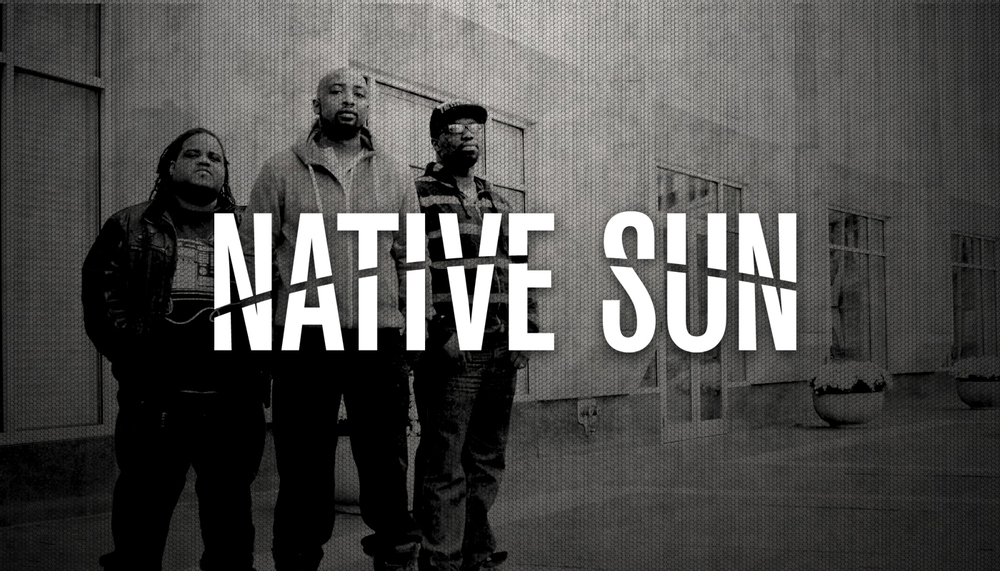 “They call our city Nap because it’s the most slept-on city in America.”

But the native sons of Native Sun have a different outlook on their city of Nap. It is their belief that Indianapolis harbors a wealth of talent, particularly in the vein of hip hop. Leading by example, the band envisions that traditional hip hop elements (compelling lyricism, dusty samples, dope beats) paired with the versatility of live instrumentation has the potential to create music that sounds like nothing before it. Leveraging more than 20 years of combined experience as professional musicians and performers, B Meeks (bass),

Sleepy (drums) and B Young (emcee) began to intertwine their musical backgrounds within the context of hip hop when Native Sun formed in 2008. The resourceful musicians draw from their familiarity in gospel, rock, electronic, jazz and soul, creating music that sounds much bigger than what one would expect from a 3 piece act. It is this solid foundation in live music (as compared to produced beats) that sets Native Sun apart from other hip hop groups.

Through their vision to be an example of success to artists in Indianapolis and similar places, Native Sun has earned a reputation as a first-call backing band in the Indianapolis hip hop scene. They’ve had the honor of performing with Elzhi, formally of Slum Village, DJ Logic, as well as opening for Foreign Exchange, Musiq Soulchild, Mayer Hawthorne, Black Milk and Muhsinah. And now Native Sun is grinding in the studio to release the new EP, Undeniable in Summer 2014.