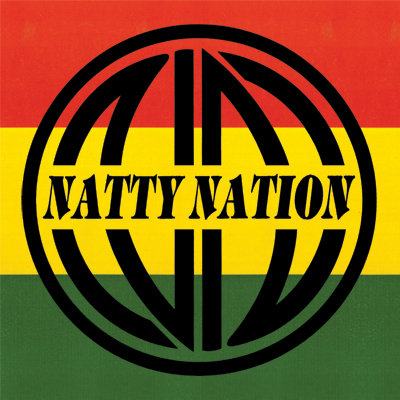 100% independent Hard Roots Rock Reggae & Dub–this is the unique blend of music that is Natty Nation.

2010 marks their 15th anniversary of keeping the positive messages of their unique indigenous Wisconsin reggae beats throbbing through the heartland, sharing the stage with and backing up reggae legends like Lee “Scratch” Perry, Ziggy, Damian & Stephen Marley, Sister Carol, Steel Pulse, Burning Spear, Wailing Souls, Culture with Joseph Hill, Beenie Man, & countless others. They bring 15 years of performance experience, 15 years of songs from a great original 60+ song catalog, and a 15-year fan base (not to mention a huge email list & street team throughout the country & abroad!).

Their messages of peace, love, community, & spreading positive vibrations has been ringing out since Natty’s inception in 1995.

JAH Boogie and his backing band’s tight but fluid, rootsy but funky, beautiful but gritty, righteous but real vibration is clear to anyone listening to their music, either at a show or on their stereo.

The “Natty Crew” has received several awards during their 15 years, including:

It’s almost impossible not to dance at a Natty live performance. Every Natty Nation concert is a different experience. Their energy is infections & their dubtastic jams are complex, yet their message is simple–spread the positive vibration.

backing band includes some or all of the following musicians: