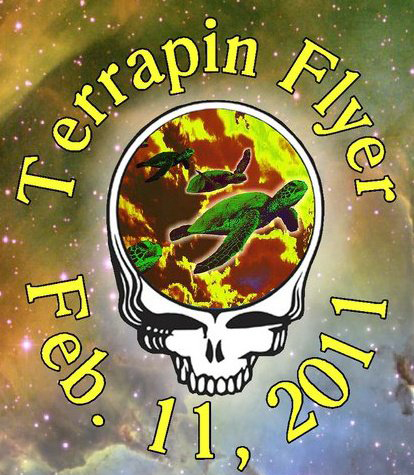 Terrapin Flyer began in 1999 as the house band for the Sunday Grateful Dead Jam at the Boulevard Cafe. Through the many musical associations developed there and the many that have continued since then, the Jam concept has overridingly become the staple of the band’s history and influence.