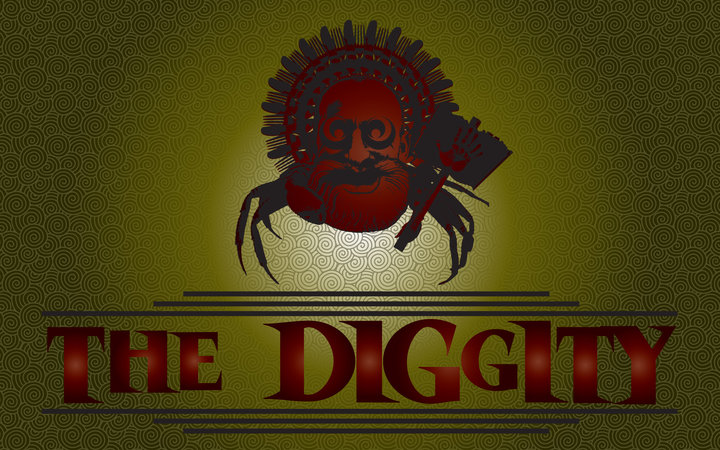 For the past 8 years The Diggity has been a growing musical journey for northwest Indiana and the surrounding midwest music scene. The Diggity is not just a band, but a performance and display of the purest form of energy and creativity amongst the closest group of friends and fans. Rooted in improv and jam based styles the Dig, over the past year has been collectively finding a sound. With influences such as the Talking Heads, Ween, Parliament, and Thievery Corporation, the group has taken a new approach in songwriting, theatrics, and a groove based electronic funky soul sound all together. This is also a result of becoming “seasoned” musicians. By adding new member Kevin “70’s” Surney, keyboards & M.C., the Dig is able to fuse their new sound with the hip hop element as well. Also new in the rotation is female backing vocalist Leah Crain which gives their new sound the harmonic edge to their provocative vocals and melodies. The best display of The Diggity’s accomplishments is with the release of their new cd released in June 2010, “Another Wondrous Conversation”. This album showcases the new sound and a more mature Diggity with examples of how you can expect the live show to do so much more. Throughout the past year The Diggity has been gaining respect from all sorts of new listeners, music lovers, and musicians. Within the next year The Diggity’s goal is to release a new album with even better songs and make a impact with the approach that seems to be working for them.