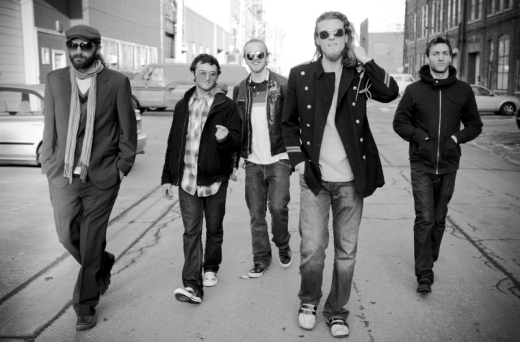 The Macpodz captivate music lovers with a kinky concoction of American tradition and world grooves. Their sound, called “Disco Bebop,” was conceived in early 2006 when the rhythm section applied a four-on-the-floor roller rink beat to a Charlie Parker standard.

The poet and social activist John Sinclair was integral to the formation of the Macpodz, as Jesse Clayton (keys), Brennan Andes (bass) and Nick Ayers (percussion) accompanied his spoken word performances in Ann Arbor, MI. The addition of Ross Huff (trumpet) and Griffin Bastian (drums) established the quintet.

The Macpodz have wooed festival audiences at Rothbury, Bear Creek, Summer Camp, All Good, Moe.Down and Gathering of the Vibes. Building momentum in 2011, plans include the release of new recordings, tour stops in Colorado and California, and sets at several highly anticipated festivals, including the Electric Forest in Rothbury, MI.