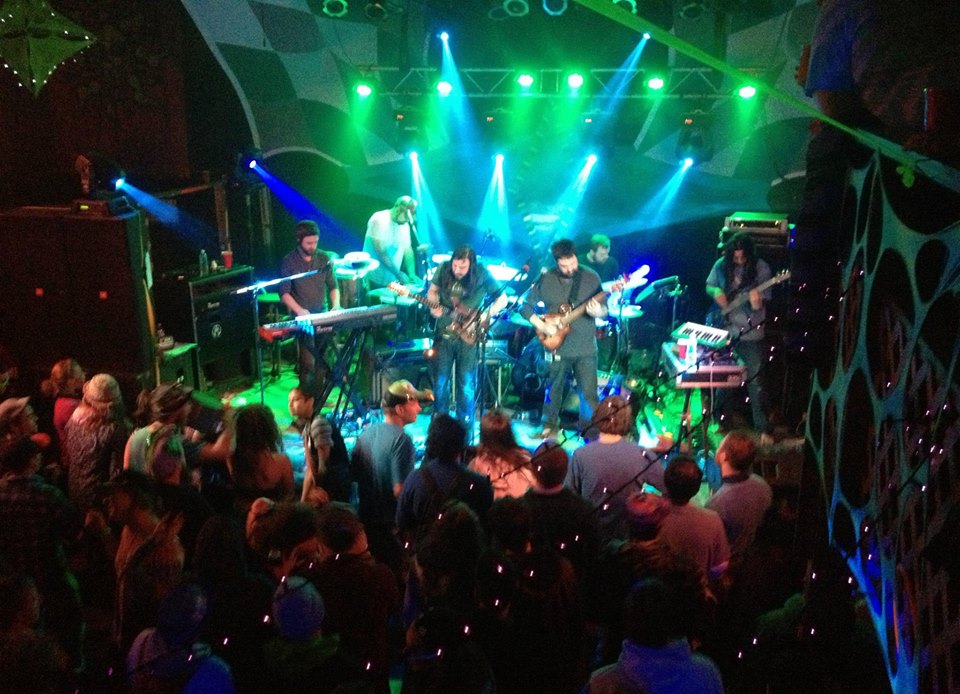 Building a reputation as go-for-broke live act, The Mantras have been playing to consistently larger crowds all over the East coast and Midwest. Steadily building a following both regionally and nationally with music that is a high-energy collaborative of funk-rock, middle-eastern, electronica, and metal; The Mantras’ music is sure to shake your knees and rattle your toes. All of this is combined with the amazing and awe inspiring 3D projections of VIDEOmetry to make The Mantras one of the hottest tickets touring today.

A line-up change and family issues had The Mantras reeling in 2011 and 2012. ‘Jambands Ruined My Life’ allows the listener to hear the honesty of artists experiencing life and all it brings, expected or not. With Jambands Ruined My Life, The Mantras have taken these experiences and turned them into emotional, heartfelt music. The Mantras set out to release an album that is tight and expertly produced, while also showcasing the human side of music. This is something that is getting harder to come by, as computers appear to increasingly take over the music industry. For fans of bands that have made performing on their instruments a central part of their sound, this album leaves the listener relieved that improvisational, progressive rock with minimal computer automation is alive and well in America.

Jambands Ruined My Life was recorded and produced at Jake Cinninger’s (Umphrey’s McGee) Boondock Studios in Michigan by the band’s full time sound engineer Matt Gordon, with help from Jake as a guest producer and engineer. Jake is also a featured guitarist on ‘Kinetic Bump’ and ‘House of Cards’. Download your name-your-price copy today at www.the-mantras.bandcamp.com