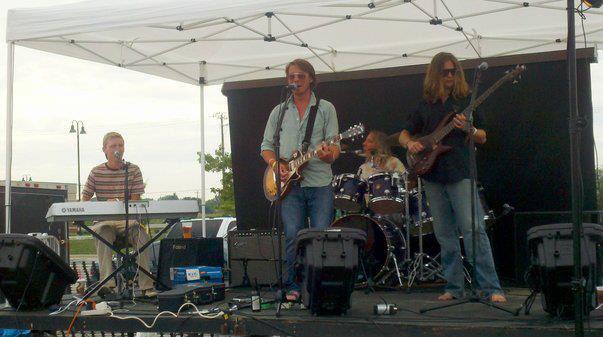 “Without music, life would be a mistake.”
– Friedrich Nietzsche

After a quick count-in from the sticks of drummer, the band drops into the crafted and honed sound that has become known as The Mundies. The four piece band features the father/son pairing of Phillip and Kris Fricks, who have been playing drums and guitar, respectively, for nearly their entire adult lives. Kris grew up jamming and playing his favorite classic rock songs with his dad providing the flawless backbeats. By the time Kris was in college, he had been in bands, but nothing had stuck. Until he soon found the likes of pianist Dexter White and bassist Nick Johnson while attending school in Bloomington, Indiana. Dexter and Nick had both recently found their niche in the musician community and were itching to find new people to write and perform with. By consistently playing basement and small business gigs throughout 2009, the band had been able to develop a fan base through word of mouth and social media sites. After entering the studio and recording their first demo in 2010, the band began to appeal to much larger audiences by performing at places such as The Bluebird in Bloomington and The Mousetrap in Indianapolis. The band continues to push forward by never settling for anything less than the exceptionally tight and focused sound that they have become known for both on stage and in the studio. 2012 will find them rising in not only recognition, but also in respect as they continue to push the barrier of their live sound.