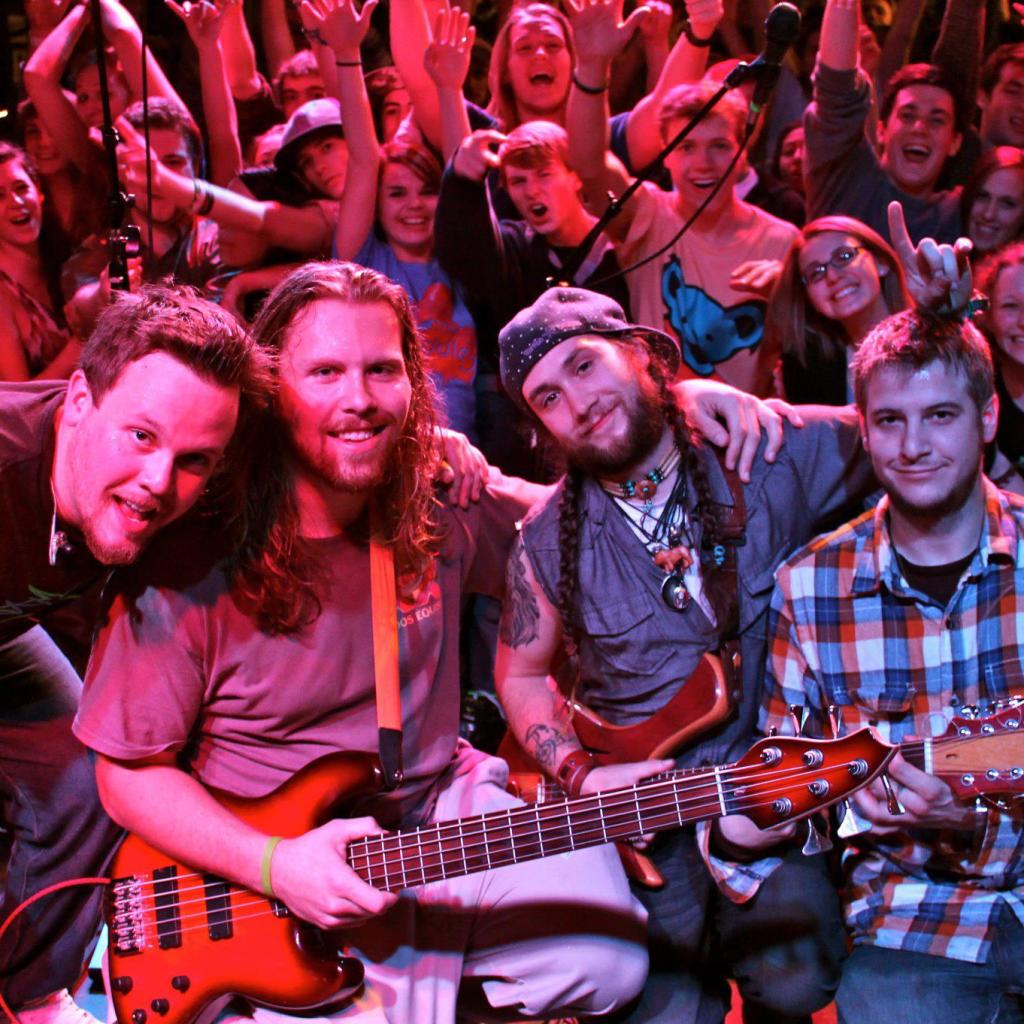 Twiddle, a Vermont based quartet, spins tall tales over an intricate soundscape of hi-def shred. Their fresh multi-genre approach conjures up jazz, classical, and bluegrass, but above all, masterfully blends reggae and funk. Obliterating laws of improvisation, their complex arrangements never fail to leave crowds lusting for more. With sage songwriting and unmatched variety, Twiddle’s thrilling infancy continues to exceed all expectation.

After whimsically jamming in the fall of 2004, the founding members of Twiddle immediately recognized chemistry and a common seriousness. By the second semester at Castleton State, Mihali Savoulidis and Ryan Dempsey were already intertwining harmony and fantasy, birthing Twiddle staples like ‘Frankenfoote’ and ‘Gatsby the Great’. Brook Jordan, and Billy Comstock, Twiddle’s original bassist, complemented these melodies with a densely layered, and exciting funk rhythm This young foursome had taken Castleton by storm, toured the northeast, and composed an impressive catalog of original tunes before becoming upper-classmen.

Currently Twiddle is climbing the rows on festival billings, inspiring each other, and often dismantling preconceived notions of the jam band culture. Their live experience genuinely segues from bluegrass to electronica, melts jazz-fusion into rockabilly, and enhances reggae with funk. New fans should expect an immensely fun, and highly dynamic show. Tenured fans know to expect the unexpected. Put simply, Twiddle’s hi-def shred is going to melt faces.