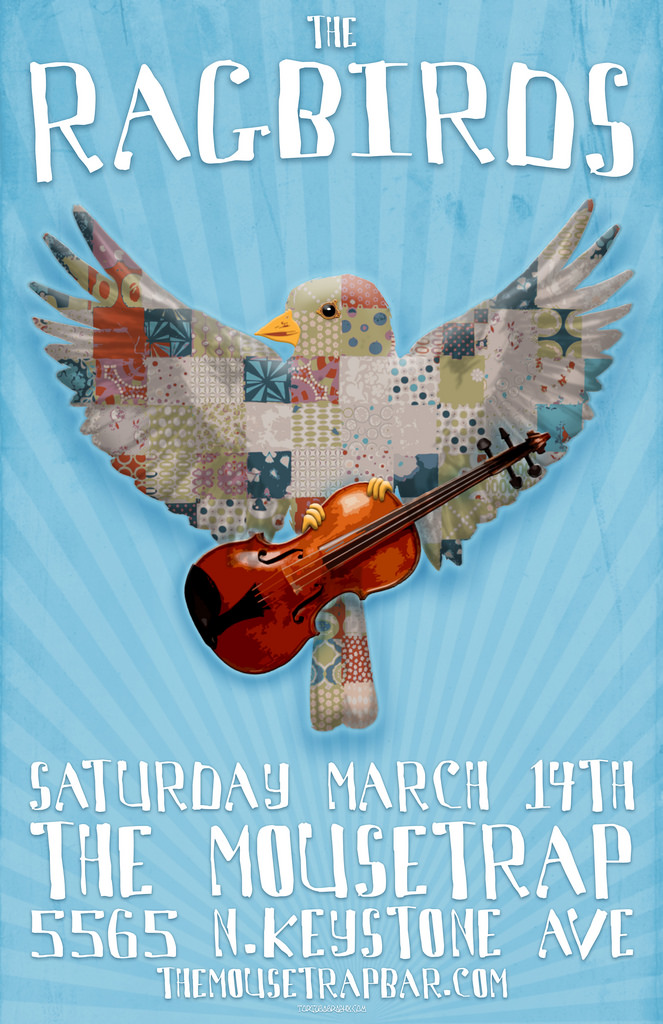 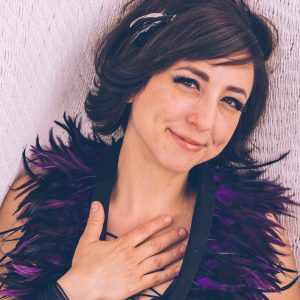 Led by singer-songwriter and multi-instrumentalist Erin Zindle, The Ragbirds are a group of eclectic-global-folk-rock musicians based out of Ann Arbor, Michigan.

Like a mix tape made by a well-traveled friend, The Ragbirds music is diverse and foreign, yet somehow familiar. The voice at the front of The Ragbirds carries the freshness of the journey itself, and the lyrics point out the scenery like a friendly tour guide.

Led by dynamic, multi-instrumentalist front-woman Erin Zindle, The Ragbirds create music that is equally danceable, intelligent and vulnerable – a rare combination in an increasingly marketing-driven industry. Since 2005 they have gathered and maintained a passionate, grassroots fan base by continually reinventing themselves with an ever-evolving sound, while remaining rooted in the high-energy, world-inspired folk-rock that they have become known for.

With a genre-bending hybrid of indie-pop melodies, global-infused beats, rock guitar riffs and folk sensibilities, this is music that comes to life on stage. Every concert leaves each listener in a higher place than when it began. The Ragbirds are constant travelers, impressed upon by a global consciousness, with lyrics that point to the daily paradox of intentionally cultivating hope in the midst of a crazed and jaded world.

The sweet energetic charm of lead singer Erin Zindle demands attention. She is the songwriter and front woman of the band, skillfully switching between violin, kalimba, piano and percussion, dancing the whole while. Zindle carries an infectious smile and her voice is both earthy and ethereal at the same time. The guitar solos, played by Erin’s brother T.J. Zindle, point to a longtime appreciation for rock and roll. T.J. is an energetic force, armed with both electric and acoustic guitars, playing each with grit and intensity. Shannon Wade (bass) and Loren Kranz (drums) make up the rhythm section. Both are dynamic masters of their instruments and together they make a tight-knit groove factory over which Erin & TJ can improvise with ease.

The Ragbirds began with Erin and Randall Moore. They started their relationship busking on the streets of Ann Arbor with Celtic and gypsy fiddling over tricky beats of tambourine, Middle-Eastern doumbek and tabla. In 2005 the duo gathered three band mates and began to record Erin’s original songs. This recording was released a few months later as The Ragbirds debut album “Yes Nearby”. Randall was not only a foundational member of the band, percussionist, and tour manager, but he also helped to shape the band’s early sound with percussion instruments and beats from all around the world. In 2013 the couple had a baby girl and the band toured across the country as a family with a road nanny for a few years. In 2018 Randall decided to leave the band to pursue his drum making business and he continues to perform as a percussionist with many other projects, occasionally making guest appearances with The Ragbirds.

Erin has increasingly stepped up and forward with each incarnation of the band, gaining poise, confidence and balance with each step. Her songwriting has always been the central focus of her art. As a serious disciple of the craft she has been a songwriting instructor at Interlochen Arts Camp and has led many songwriting workshops and classes.

With a change of cast in 2019, the band is shifting its weight from what used to be a heavier percussive foundation to place the focus more on the melodic components. The rhythms are not less integral but simpler, leaving room for the songs to breathe and for the vocals to take on the spotlight. Now equipped with four vocalists the band is diving into the textures they can create with vocal harmonies, and exploring the newly-created space with instrumental curiosity, adding more improvisational elements in to the otherwise tight arrangements.

Show by show, in venues ranging from rock clubs and performing arts centers to music festivals The Ragbirds have developed a well-deserved reputation as one of the most dynamic, high-spirited live bands in roots music.