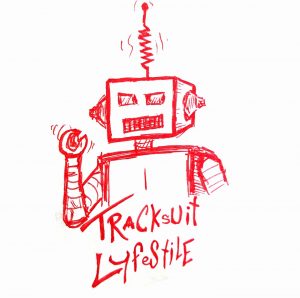 5 guys that share an affinity for ping-pong, creating life changing music, and strutting our stuff in attire created only by the heavens….TRACKSUITS!

Tracksuit Lyfestile is 5 guys who have been playing rock music together and wearing tracksuits for awhile.

Definitely not to be mistaken for a down tempo band, genre-fluid Echo Mecca produces and performs all-original electronica that is simultaneously driving, enchanting and groovy … all laced with live, sultry, powerful, jazz/soul-infused vocals and thought-provoking lyrics, live Ableton production, live 6-string bass (Brad) and live trumpet (Steph) that get audiences moving and keep them dancing!

The duo has established a solid fan base and steady work in the Dayton and Cincinnati areas, as well as in Athens and across central and southern Ohio. The act has steadily been gaining ground in Columbus and northern Ohio, and has 2017 dates already confirmed in West Virginia, Kentucky, Indiana and New York, including confirmed bookings at the Rootwire Transformational ARTS Festival, OH; and the Playthink Festival, KY … as well as others soon to be announced! 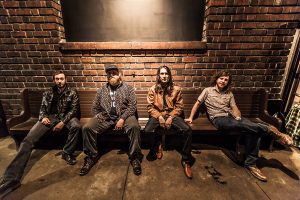 AB-Life aka Alex Buchanan of Dayton, OH is an amazingly diverse human being all around. Equal parts producer, painters, artist & MC his musical performances are a 100% original blend of smooth experimental sounds and consciously crafted lyrics and bumpin’ bass heavy beats.

Sound Victim, being a DJ, Producer, Turntablist and overall musical ninja he rising from the ashes to put his mark back in Naptown and the Midwest!!

This is what happens when you mix a metalhead guitarist, with a bass head and a scratch wizard. You become a Victim of Sound… welcome to the Terror