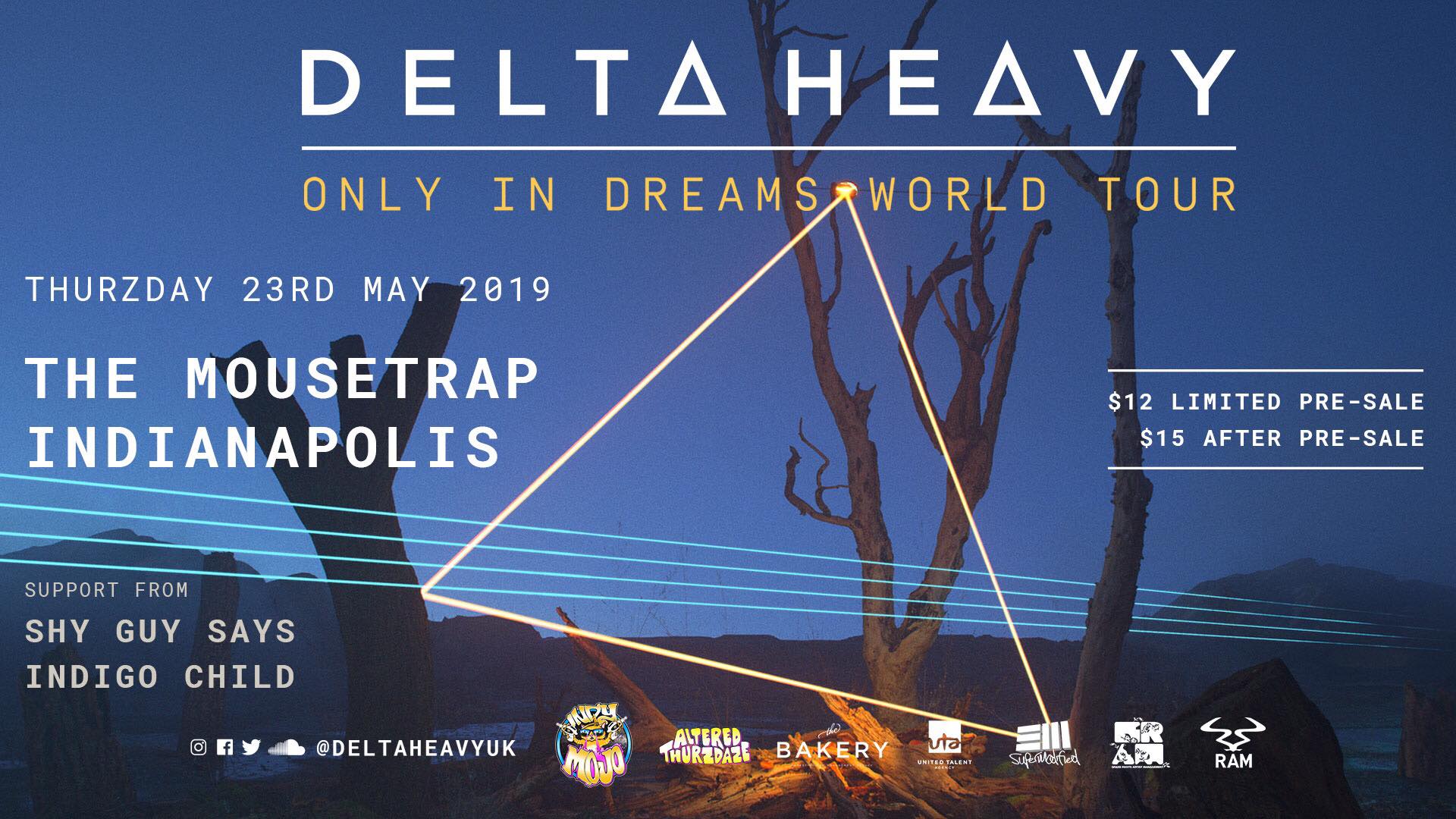 IndyMojo Presents is very proud to bring you your weekly dose of bass fueled mischief – for 8 years and counting…. 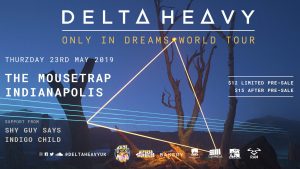 Simon James and Ben Hall – AKA bass music masters Delta Heavy – first met at Nottingham University back in ’03. It’s a friendship and partnership that’s proved pivotal to both of them both personally and professionally. As a duo, their respective skill sets were perfectly matched: Simon was the one with the more traditional musical background while Ben had a penchant for sound engineering. Both loved DJ culture though and both spun. United by a love of underground club nights like Stealth and Detonate in Nottingham, their passion for music from drum ‘n’ bass to house was honed after many a night and early morning dancing ‘til dawn. Needless to say, after they graduated, Messrs James and Hall made their way to London. Wasting no time with their electronic ambitions, both acquired computer software. Says Si over coffee in Kings Cross: “Because we both had the same interests in music, we thought we’d align our knowledge.”

The dance-floor-fuelled d ‘n’ b tear-up ‘Abort’ was their debut release on Viper, which made so much noise that the duo duly signed to Andy C’s Ram Recordings. Quickly establishing themselves as a force to be reckoned with, ‘Space Time’/Take The Stairs’ solidified their place as low-end bass innovators. But as you’ll soon hear, this is one duo who don’t ever want to be put in a box. Or stand still for too long either. This isn’t an act dwelling on the past, which is why we’re now going to fast-forward to the present day. With a super-successful debut album for Ram Records/BMG (the chart-chomping ‘Paradise Lost’) [Debuting in both the US and UK iTunes Electronic charts in the top #10 and shifting over 250k+ copies worldwide across streaming and physical product] and Winners of Best Producers as the 2016 DNB Awards, the Delta future is all about music and touring. But beyond – and also before – that, what they’re really looking for is their own lane.

“When we started coming through via Ram, the genre barriers had dropped around bass music a lot and we were keen to bridge those gaps and work across different genres: we said to Ram at the very beginning that we didn’t want to just make pure drum ‘n’ bass music, we wanted to do something different. Some people aren’t happy when you do a lot of different stuff so finding a way that incorporates different genres that feels like us took some time. When we made our album, we found that comfortable space.” says Simon.

The American-sounding stuff that we do bridges that Transatlantic divide.” In the end, it’s about balance. “Absolutely,” nods Ben. “We grew up going to dirty little raves! Because we play so many territories, in some places they like it more underground and others more mainstream. Varying what you play to suit your audience is important. A short high-powered festival set can be great but we also love Fabric. I live in the US now and we have been doing some big shows in America and Australia, but this Friday I headline Fabric – so I will get to play some old classics that wouldn’t necessarily fit in at a US festival.” So Fabric still means a lot? “I have been going since I was 16! So yes, it’s still a huge deal for us. It also inspires us to go away and write more music, whether that’s a club banger or a track with real depth.” Both Simon and Ben are wary of DJs who “play the same set for 18 months. The idea of that numbs my mind! I will spend half of Friday preparing songs for Fabric… it’s not a chore.”

That same dedication goes into their new radio show, which airs Friday nights on Evolution/iHeartRadio. “Again, we just wanted to be in our own lane,” says Ben, “and to enhance that was all about playing music we’re into in an outlet or space where we can play whatever we want to play. I wanted to showcase some UK d ‘n’ b which they might not be hearing elsewhere. We are trying to show everyone tuning in who’ve heard of us, all the different aspects of what we’re into at the moment. DNB from the UK; dubstep from America, trap stuff from Australia and also some bassier, noisier sounds of course! Hopefully what we’re doing isn’t replicated by another show. There’s so much good music being made by so many talented people around the planet, and if we can hear a sonic footprint whatever BPM it’s at, our aim is to tie it all together for a cohesive hour.”

Looking ahead, Delta Heavy have several key releases in the bag, including a collaboration with Dirty Audio which is being released on both Ram and Monstercat from North America.

Thurzday, May 23rd
The Mousetrap
5565 N. Keystone Ave
Indianapolis, IN