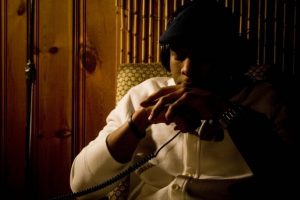 Mr. Kinetik is an experimental multi-genre songwriter, instrumentalist, producer, and audio engineer based in Indianapolis, Indiana. The name was chosen out of a love for physics, specifically Newtonian kinetic energy principles where kinetic energy is simply the energy of motion. The ending “k” was chosen, as Mr. Kinetik describes:

“I really just thought it looked better than the ‘c’ at the end when it was on paper. I figured that out while doodling in 7th grade. As far as choosing kinetic energy as the basis, I wanted to stay connected to what I loved about music: the movement. As long as I can remember, I’ve moved whenever I heard music. I make music to keep track of what I feel; I make the sounds a reflection of those feelings and how I am moved at the time. And I hope that it moves other people as well. I believe in all of the music I make. It stands as a point of reference for who I am as life changes and goes on.”

Born into a family filled with music lovers and musicians, music has long been a cornerstone in Mr. Kinetik’s life. The music created is an assemblage of many influences from all genres and styles with a heavy dose of thoughtful lyricism designed to improve the lives of people everywhere. The ultimate message in the music is a message of peace and positivity through self-awareness and dedication to improving the world around us through well-planned action and motion.

Mr. Kinetik has completed several solo projects including The Isolator EP (2010), Sounds of Soul (2011), and Clockwork (2011) along with collaborations with #ATFU crew emcee Eratic (The Green Hornet released in 2010 and the forthcoming album UV Lounge) and The Professor And The Hustler (2010) with fellow #ATFU crew emcee, Rusty Redenbacher. The core philosophy of #ATFU can be linked to “all the family united” and “altogether for us” as a rallying cry signifying a commitment to community development and progress not only in music, but through everyday life. #ATFU is comprised of Gentleman Alphonse, A. Sky, Dotta, Son of Thought, Feeray, Eratic, Rusty Redenbacher, and Mr. Kinetik. Mr. Kinetik is also the DJ for the Indianapolis hip-hop group Native Sun and a member of Indianapolis’ own s.a.i.n.t. RECON. He is a member of the Old S.O.U.L. Entertainment family with close working ties to Douglas “Sir Doug” Morris.

In addition to solo and group projects, Mr. Kinetik has collaborated with many artists as a DJ, producer, musician, or featured emcee. The Indianapolis-inspired composition “Our City” was released as a featured song in The 2012 Indianapolis Super Bowl Host Committee XLVI Indy Music Project. Mr. Kinetik, along with Rusty Redenbacher, was recognized as a 2013 featured artist of Art & Soul 2013 in Indianapolis, Indiana. Art & Soul is a celebration of African-American art and artists in Indiana.